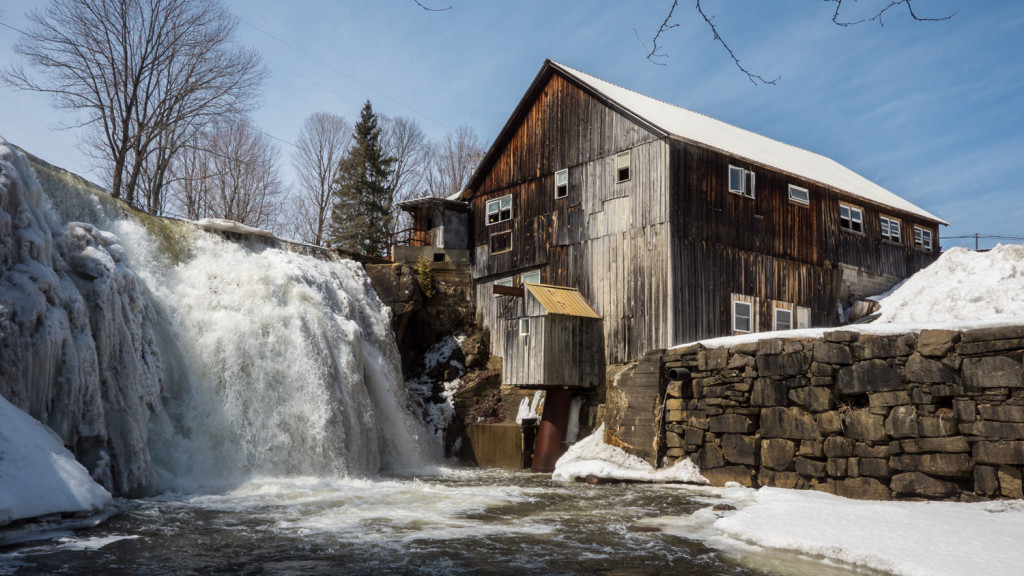 In the early 1800’s the business of tanning hides to make leather from hemlock bark was flourishing in the northeastern states. By the 1830’s hides were brought into New York harbor from the west and from south America, thence up the Hudson River on barges to the Champlain Canal and the Feeder Canal to Glens Falls, the hides were then hauled to Wevertown by horses.

Sometime after the tannery closed, Philip Moston came into the picture. He apparently purchased the tannery and store at this time, as he started building the new stone dam in August 1888. He also started to frame the Saw Mill in September of the same year. He used timbers from the tannery to make the frame. On January 26, 1889, he sawed the first log.

The frost bulged his new stone dam the first winter, so in October 1889, he had a Seth Alden rebuild it. The saw mill was originally equipped with a Sandy Hill friction feed husk and carriage, a three-side American Planer, a cut-off saw for slabs, a rip saw, a lath mill and a sawdust blower.

The mill was powered by a 21″ S. Morgan Smith Turbine that with a 17-foot head developed 59 horsepower. The water was brought into the mill through a large wood flume and pen stock. The flume was unusual in that four or five logs could be floated in and lifted at the same time with a jack rig, putting the logs onto the skids and ready to roll on to the carriage.

In 1958, the wood flume and pen stock were very rotten. The turbine was worn out, and estimates for replacing it were over $6,000 for materials alone. This brought about the decision to pour a concrete wall that would seal off the flume and shut down the Saw Mill. For the first time in 131 years the land on the east side of the mill creek dam did not use the power of the water to operate machinery.

This changed with George Van Voorhis III’s vision to use the energy from the dam to produce electricity for the Lumber Company. In 1979 the vision became a reality with the purchase of a 1933 S. Morgan Smith hydroelectric turbine that produces 95 horsepower. The turbine produces 125 kva, enough to power the needs of the lumberyard and sell the excess to the electrical company. 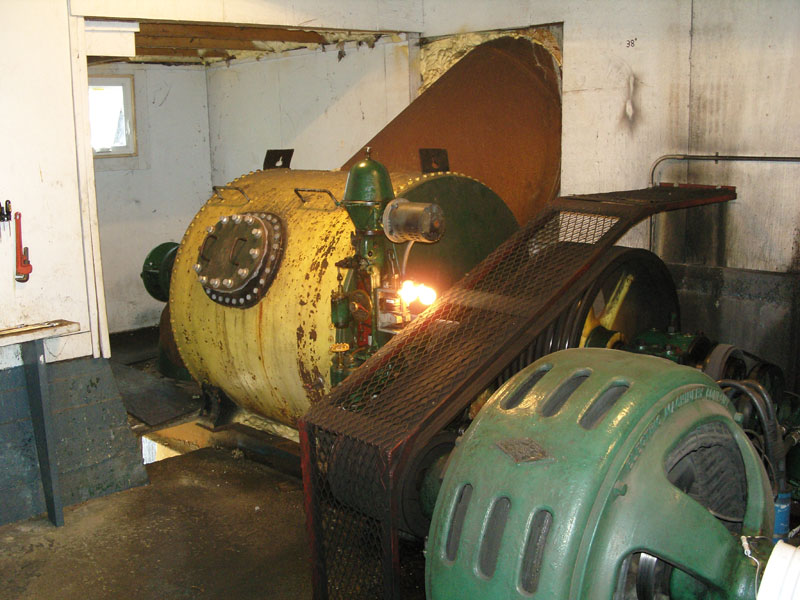 The turbine today, and still running! 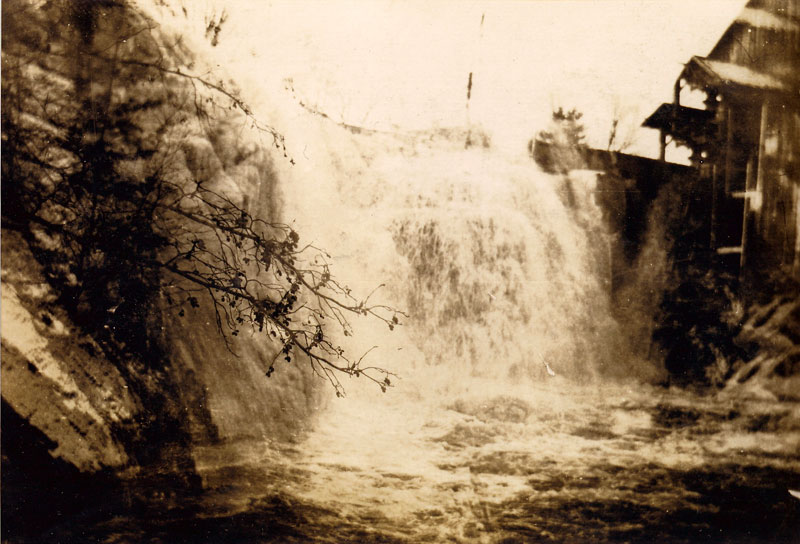 T.C. Murphy Lumber Company can be proud to be selling the worlds most renewable resource, lumber, at one end of its business and generating its electrical needs by using another renewable resource, water, at the other end. Adirondack ingenuity, hard work and a true respect for the environment can be used to sum up these real life historical events that have taken place at the mill creek dam.